The first side events in the WPT Montreal Online series have taken place over the last two days. Five titles have been secured, with one still to play out. All six have smashed their guarantees, proving that this festival is popular on both the live and virtual felts.

Kicking off the side events was the Omaha Knockout on Wednesday. A little over 100 players meant a prize pool of $51,000 was generated. Kirill Shugay had a dominating performance, collecting bounties like they were going out of fashion. In the end, he amassed $8,281, more than three times the amount collected by runner-up Tomaz Kogovsek, who accumulated $2,578 over the course of the tournament.

Riku Santeri Piiroinen was the last player to inch into the money, winning $1,234 for min-cashing, something that bubble boy Alex Martel-Boiteux was unable to do, the last player to leave empty-handed without any bounties to his name either.

The mini version saw 421 players log in to play and the guarantee was once again smashed, with $21,050 the total amount awarded in prizes once late registration had closed. Maria Yurchyshyn prevailed after dispatching with Tero Kalliomaki, who had to settle for runner up at the end of it all.

Kevin Dannecker, Johan Bergman and Tomos Knight had top-five results too, with all but Knight collecting a four-figure sum for their efforts. Of the 420 entries, 66 made the money, with Andrey Sorokin departing on the bubble.

Rounding off the evening, was the turbo offering, and 163 entrants registered to the turbo hold’em event, collecting $24,450 and far exceeding the guarantee.

With only seven-minute blinds on the clock, it took less than four hours for the tournament to play out and the conclusion was an all-Finland heads-up match between Matti Konttinen and Jari Hutti. The two did a deal before playing to a winner, the accolade falling to Konttinen as the last player standing.

Luigi Andrea Shehadeh banked $2,517 for third place, Eduardo Moreno Cardigo took $1,698 for fourth, Constantine Vasilaros won $1,231 for fifth and Dan Kothari ($969) almost reached five figures for taking the last of the final table seats. Andrey Sorokin (67th) had his second bubble of the night, taking a consolation prize of $50 for the bounties won, whereas Antti Ahlsten was the last player to go away with nothing after he busted in 69th place.

Last night, the largest buy-in event so far of the series got out of the starting blocks with Day 1 of the High Roller taking place at 19:05 (GMT). With a quarter of a million dollars guaranteed, 51 players ensured that was beaten with $255,000 in the pot when late registration closed.

With 20-minute levels and play running all the way to the end of level 20, it took more than seven hours before the clock was paused. By the time it was, the final nine had been decided. Not only will the finalists return to take a seat at the final table, they also return to play in the money, with the bubble bursting shortly before the end of Day 1.

Austrian star Matthias Eibinger has the convincing chip lead, holding almost 60 big blinds when levels resume at 10,000-20,000 (2,500 ante). He is trailed by Sam Greenwood and David Peters in second and third places. There is a huge discrepancy between the top and bottom of the table, with the last three returning with less than ten big blinds each, among them is partypoker’s Patrick Leonard in 7th place, with high-roller regular Elio Fox just behind him in 8th place. 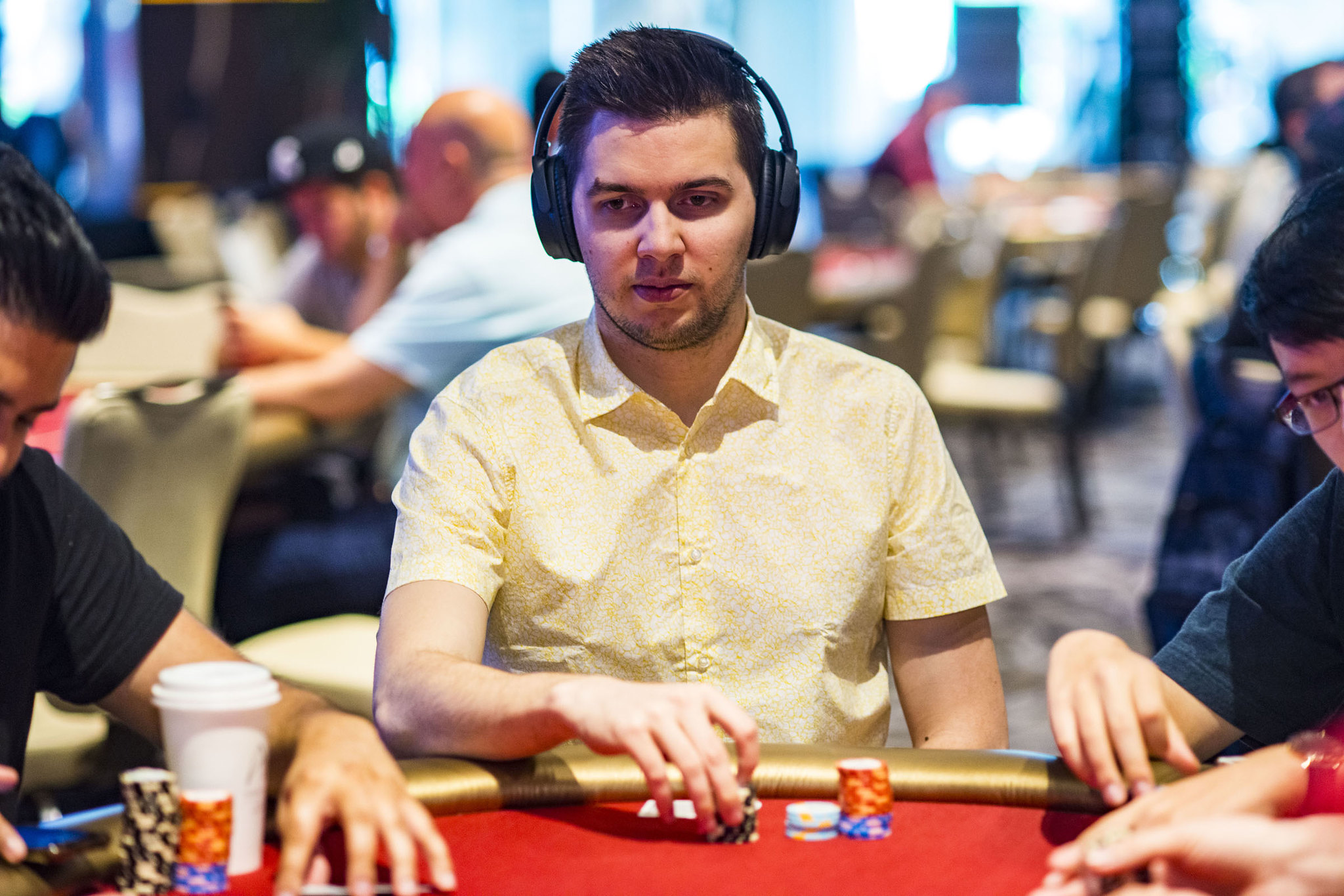 Andrii Derzhypilskyi just made it into the money and though returning short, is still in with a shot of winning up to $82,600. All returnees have made at least $11,092 for the min-cash. Online powerhouse Ali Imsirovic (10th) was the unfortunate bubble boy, but he was in good company at the rail with the likes of Jonathan Van Fleet (12th), Roberto Romanello (14th), Mike Watson (15th), Sergei Reixach (17th) and Steve O’Dwyer (19th) just a handful of the notable players in the field.

WPT Tournament of Champions winner Ole Schemion took another WPT title last night after he rose to the top in the High Roller Turbo. The German took the lion’s share of the winnings, banking $35,631 and was one of three players who scored a five-figure sum. Schemion faced some stiff competition, beating runner-up Daniel Reijmer to the title. Jonathan Van Fleet, Sebastian Wartensleben and Diego Cuellar rounded up the top five, but the notables didn’t end there. 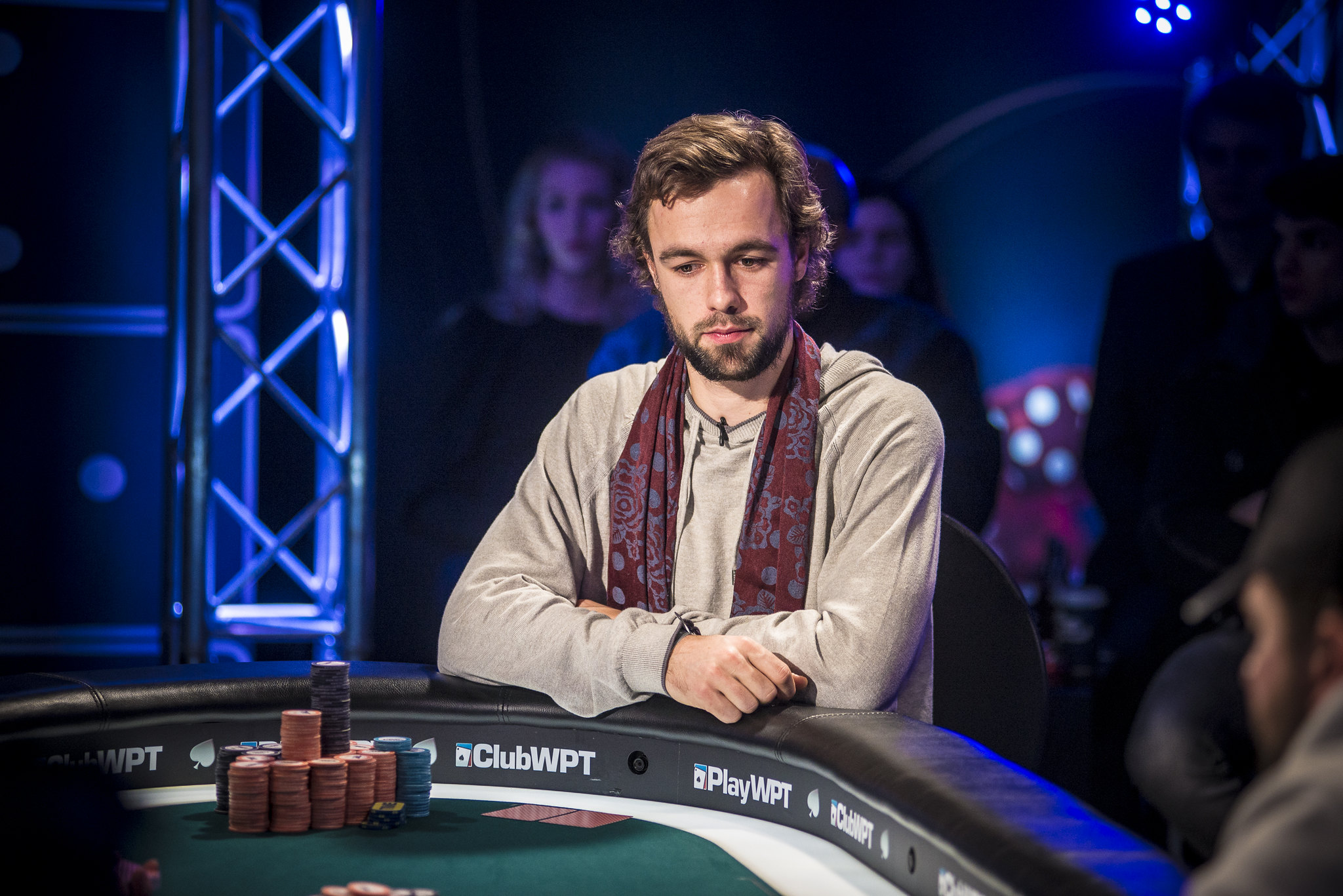 Coming Up This Weekend

Aside from the highly anticipated conclusion of the $5,200 High Roller, there is plenty more to look forward to this weekend. Event #07: $1,050 Montreal Masters ($500K GTD) gets underway at 19:05 (GMT), with satellites and feeders running from 12:45. Day 1b takes place at the same time tomorrow, Saturday, January 23, and Day 1c takes place at the earlier time of 16:05 on Sunday. The final starting flight features reduced blinds and is the last chance to qualify for Day 2, which kicks off at 20:05 on Sunday. The Montreal Masters event features a progressive knockout format.

Last, but certainly not least, is Day 1b of Event #01: $3,200 Main Event. The flagship event of the entire series boasts a $2M guarantee and the second and final opportunity to be a part of it takes place this Sunday when Day 1b starts at 19:05.

$25,500 buy-ins are not typically suitable for everyone’s bankrolls but with centrolls running daily, WPT has made it possible for anyone to qualify to the $1M guaranteed event. There are also phased tournament satellites that start at just $5.50, also running daily.

If $3,200 is outside of your budget, why not check out satellites running to Day 1b of the Main Event? There is a Mega Sat taking place at 15:30 on Sunday, plus there are loads of feeders and phased chances to qualify from as little as $0.01 that start from 13:00 today.